New Game Plus is a feature of Salt and Sacrifice that allows players to re-experience the game in a higher difficulty, while maintaining most of their stats and gear from the previous run. This mode automatically activates once the last Boss is defeated and the credits roll, causing the savegame to change to New Game +, and restarting the game's campaign from the first visit to Pardoner's Vale, just like if you were playing after the Prologue for the first time.

There are some important aspects to consider before playing New Game Plus, like what gear is lost upon replay, identifying the point of no return for spending any left-over Salt and Silver and discovering secret areas. This page contains information on these elements, as well as other relevant details.

Salt and Sacrifice New Game Plus

What changes in New Game Plus?

What carries over in New Game +?

Although some aspects of the game change or reset after choosing one of the different Endings, most of them carry over to the new campaign, like:

Point of No Return

The Point of No Return in Salt and Sacrifice is the stage from which you are locked out of previous content of the game, and can only move forward towards New Game Plus. This means, once you cross this point, you are forced to fight the Final Boss of the game and continue until the credits roll out, making impossible to go back and explore any areas you missed or gather items before reaching the same stage in the following run.

Specifically, this point is interacting with the Husk at Elder Copse, so its recommended to trigger an auto-save at the last Obelisk to the east. This would be at the area right before, through the archway where the last Shrine NPC is located (For a detailed Walktrhough of this area see Elder Copse). 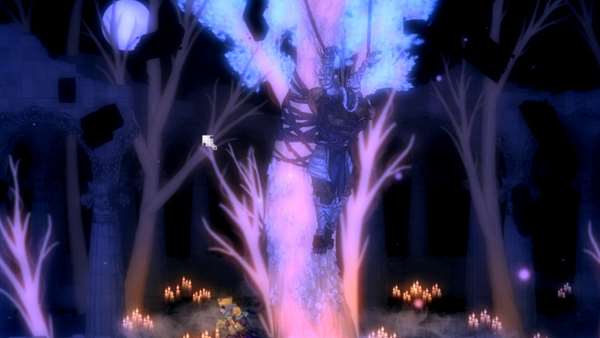 Point of no return, just before interacting with the Husk at the top of the Imperfect Shrine.

Once you defeat The Undone Sacrifice, and choose one of the Endings, you'll reach the endgame's credits. After this, your save will automatically update, and loading it will find you waking up in Pardoner's Vale next to Trista, just as you did after the prologue.

Note that once you cross this point, you'll loose some of the Multiplayer functionalities without notice until you gather the necessary Tools again. So a wise option is to keep a backup of your gamesave if you are playing on PC. However, once you get your tools back, you can carry on playing all Multiplayer modes like before.